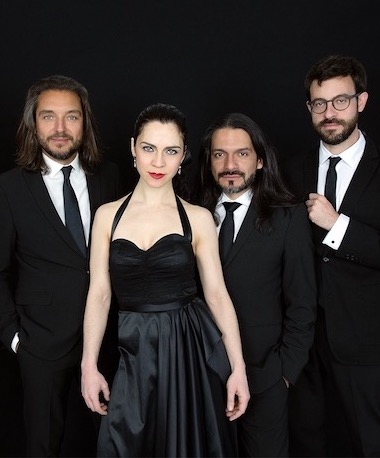 CANCELLED due to COVID-19

We’re very sorry to announce that due to the difficulties that COVID-19 is creating, our concert had to be cancelled. It’ll be postponed to 2022. Stay tuned!

Love, which encompasses an endless array of other emotions that spread from the brightest to the most sombre, is the subject of this program, which takes its title “Altri Canti d’Amor” from a madrigal found in Claudio Monteverdi’s Eighth Book of Madrigals.

It focuses on the music of the Seicento Italiano and more precisely on the schools of northern Italy- mainly the Venetian school but also those of Lombardy and Modena -, and it combines both instrumental and vocal pieces- the latter in instrumental versions- connected to the subject of ‘love’.

By using instruments instead of the voice, we suggest the idea of “other ways of singing about love”, thus giving a double sense to the title “Altri Canti d’Amor”, as well as emphasizing the close relationship that existed between the instrumental and the human voice and the resultant influence of the latter (by imitation) on the technique and performance practices of the former.

Violin waiting to be played 🎻 . . #baroquemusic

📰 Thank you Eduardo Torrico and @scherzo.es for

Music in the making . . . #baroquemusicians #worki

See previous posts to read the full review of our

Rehearsals are in full motion!❤️ . No te pierd

This website uses cookies to improve your experience while you navigate through the website. Out of these, the cookies that are categorized as necessary are stored on your browser as they are essential for the working of basic functionalities of the website. We also use third-party cookies that help us analyze and understand how you use this website. These cookies will be stored in your browser only with your consent. You also have the option to opt-out of these cookies. But opting out of some of these cookies may affect your browsing experience.
Necessary Always Enabled

Any cookies that may not be particularly necessary for the website to function and is used specifically to collect user personal data via analytics, ads, other embedded contents are termed as non-necessary cookies. It is mandatory to procure user consent prior to running these cookies on your website.